Pork Belly once again. I just got back from a work trip and reunited with Bunny! This trip in NYC I stopped by Feng Mao BBQ in flushing queens with some friends. I was surprised to find a Feng Mao in NYC, after visiting the one in LA Last Year. I’ll recap, Feng Mao is a spot known for their DIY skewers, aka 串(Chuan), you cook DIY style over charcoal, they are owned by an ethnic Korean Minority in China, known as the 朝鲜族 (ChaoXianZu), so they speak both Mandarin Chinese and Korean. The waitress accidentally spoke Korean to my friends, and they were blow away that they can speak both languages. Although their menu is pretty much the same as the one in LA, the concept the same, I am curious if they are in fact the same restaurant chain.

After work I took the LIRR (Long Island Rail Road) train to Flushing Main. The LIRR is an express train, since my work is in Times Square, and the LIRR leaves out of Penn station, it is the most convenient for me. Flushing is only 2 stops away from Penn station on the LIRR

After I got off the train at Flushing Main 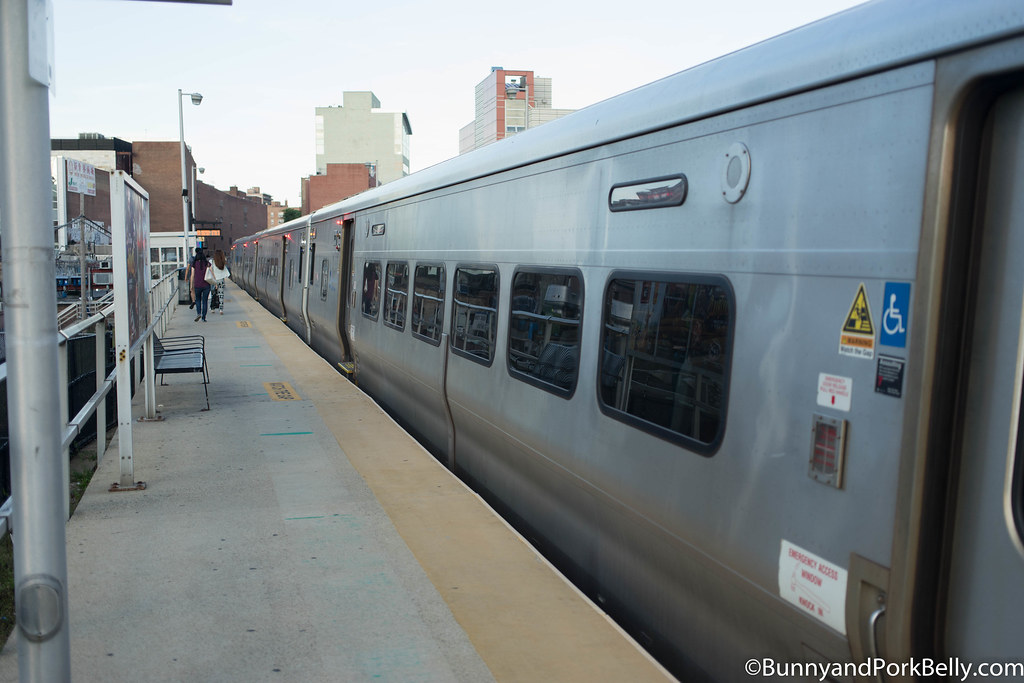 Flushing Queens is right near LaGuardia airport. They are always low flying planes around. Having planes flying around reminds me of home, since I grew up right outside of Dulles Airport. 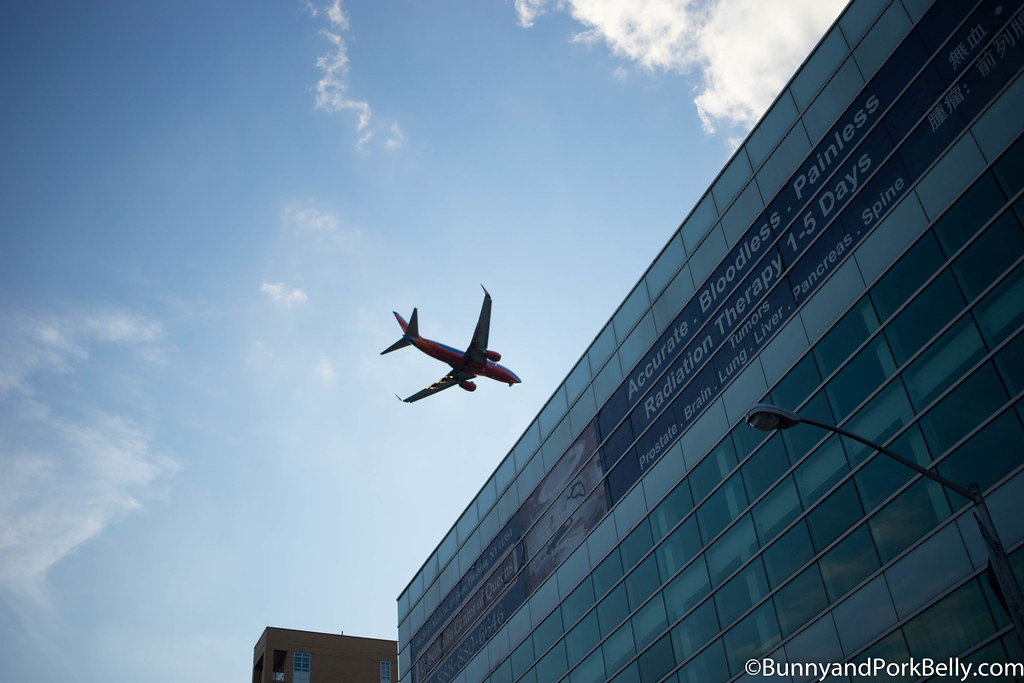 Feng Mao is a quick walk down Flushing Main. 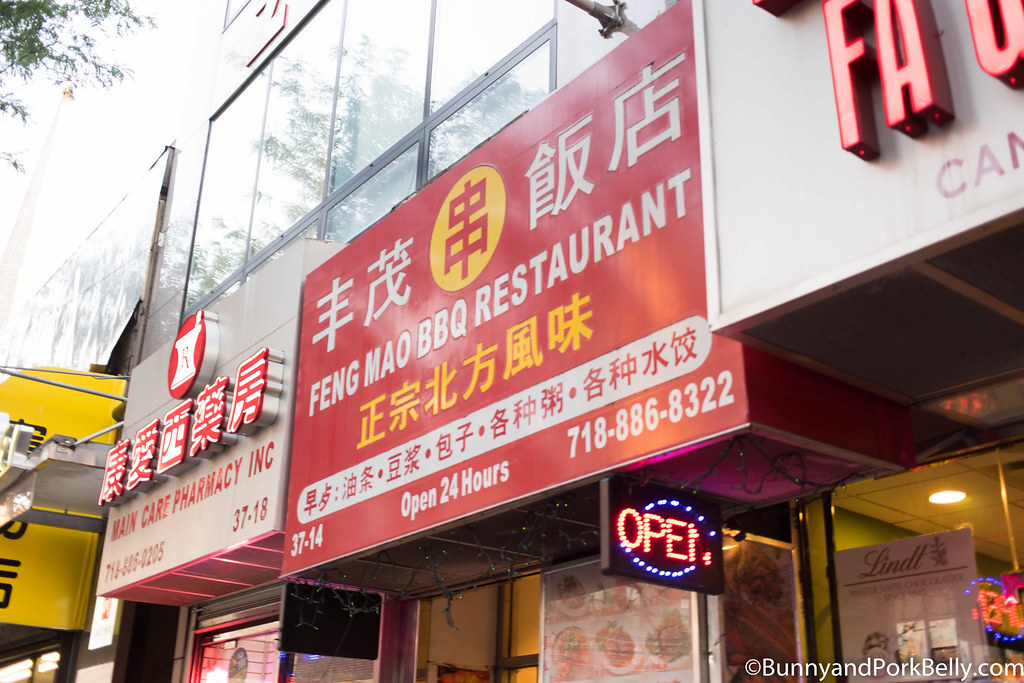 It doesn’t look like anything Special on the outside 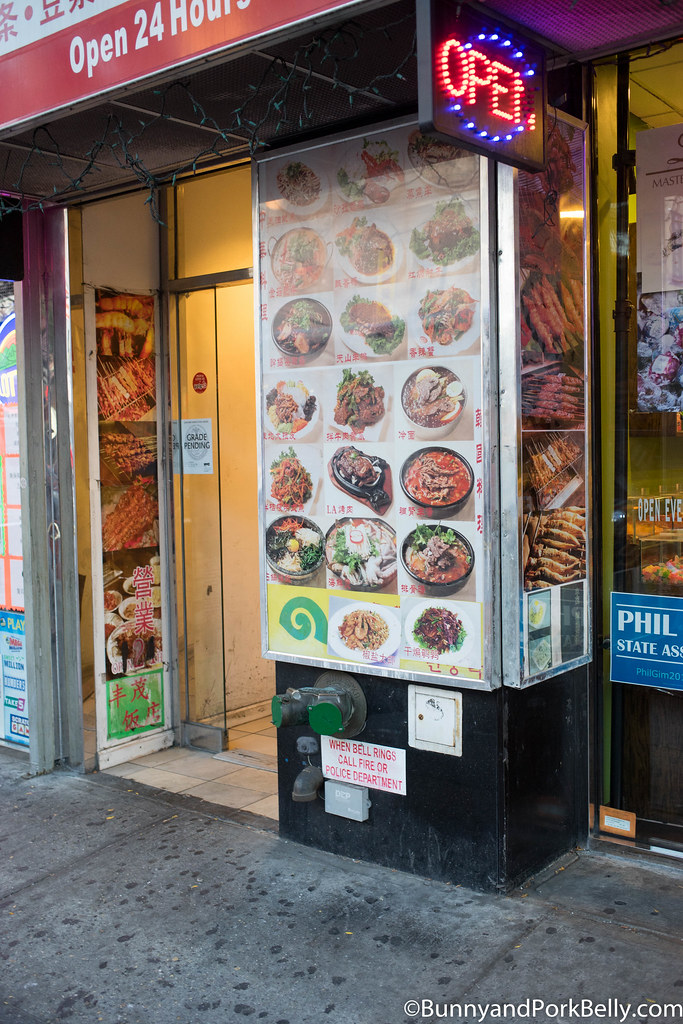 Once you enter, you have to walk down a hallway….. 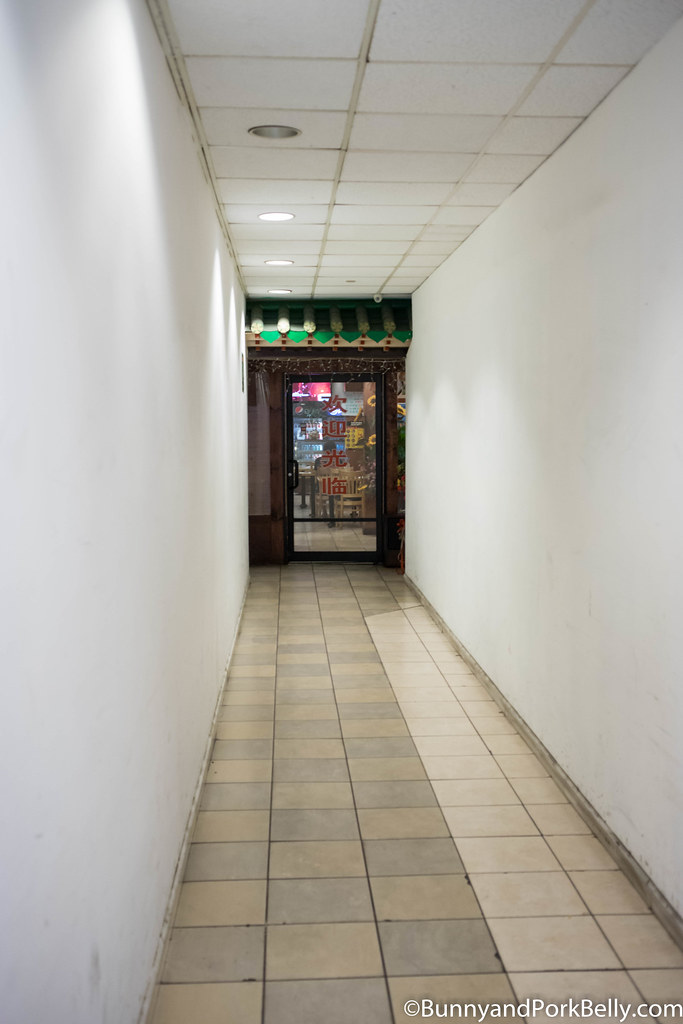 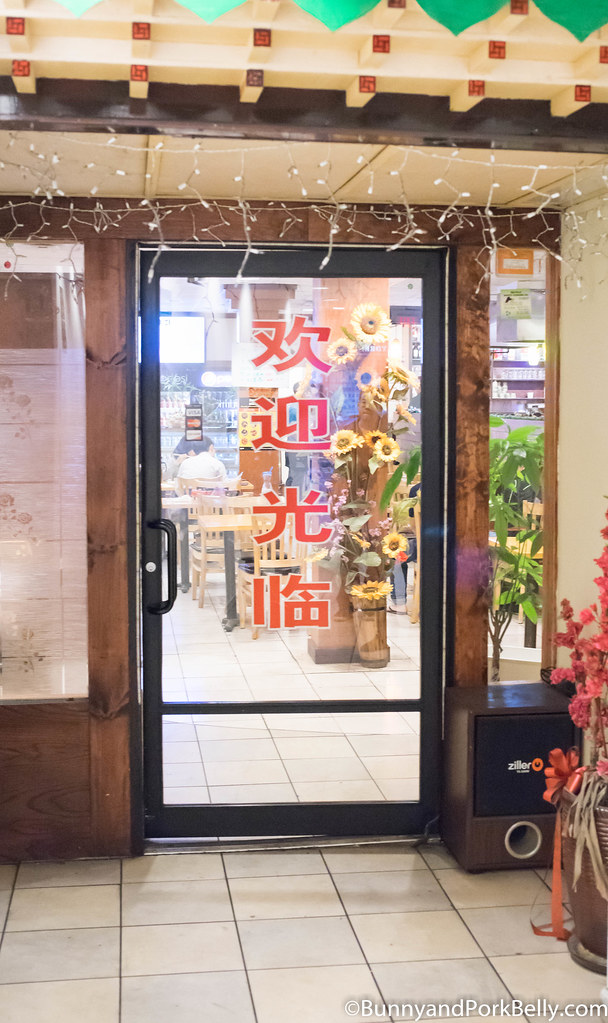 After we were seated and ordered, they dropped off the Panchan, typically the appetizers they serve in Korean Restaurant.

First round is the Cucumbers 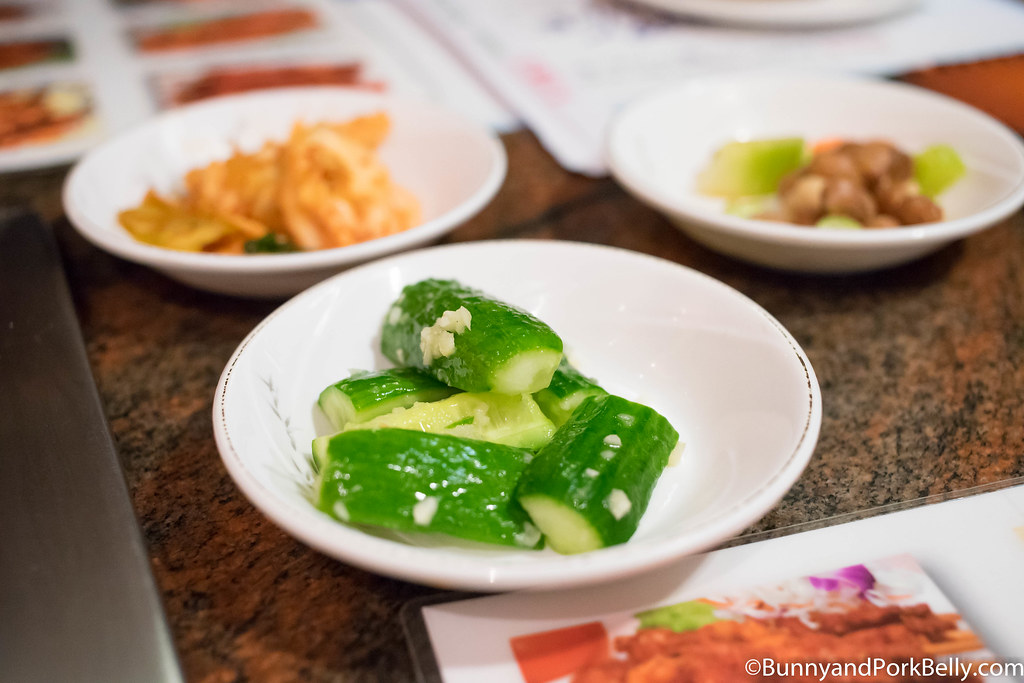 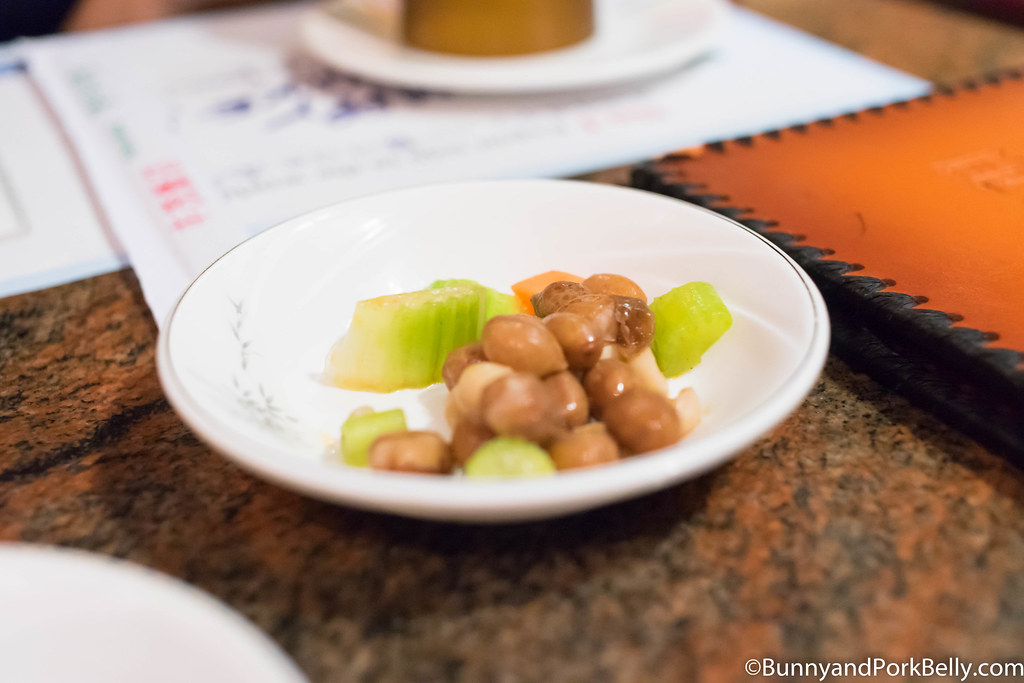 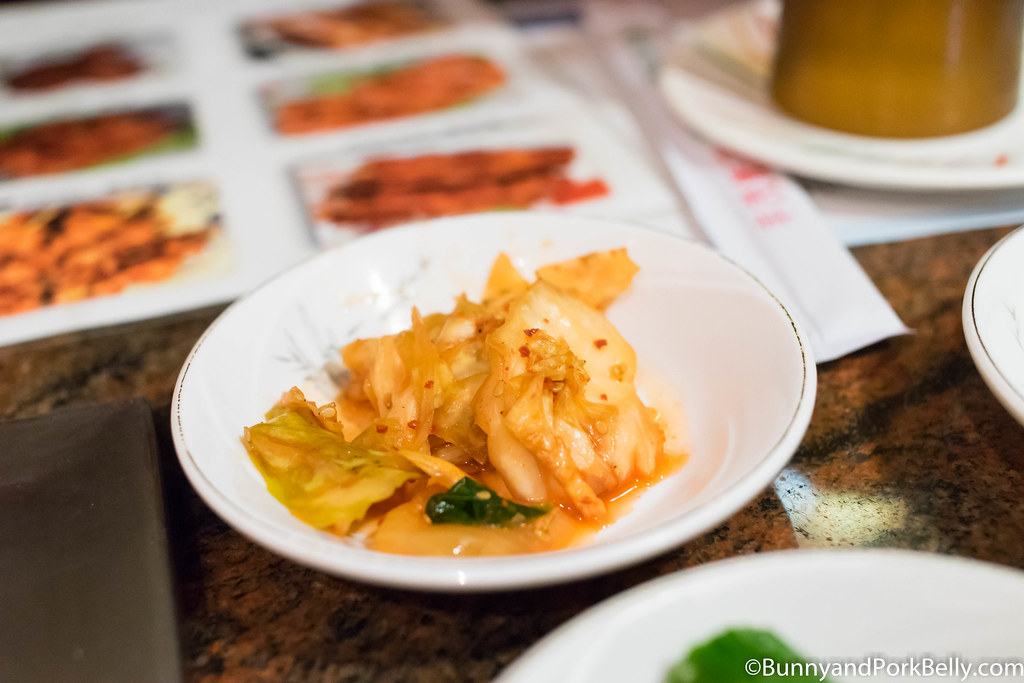 Waiting for the meat 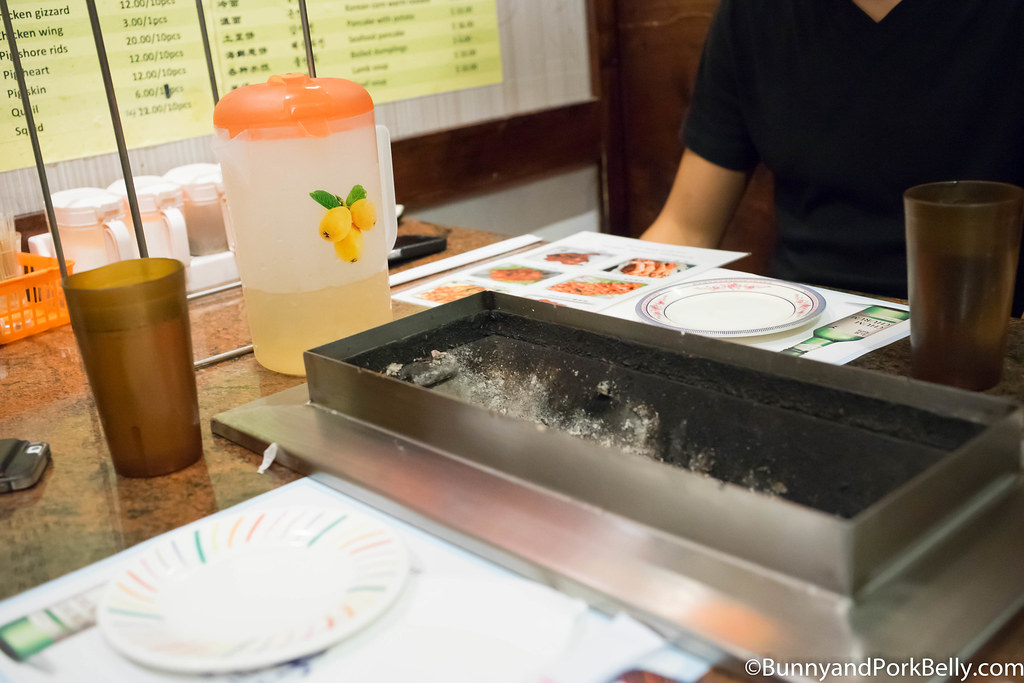 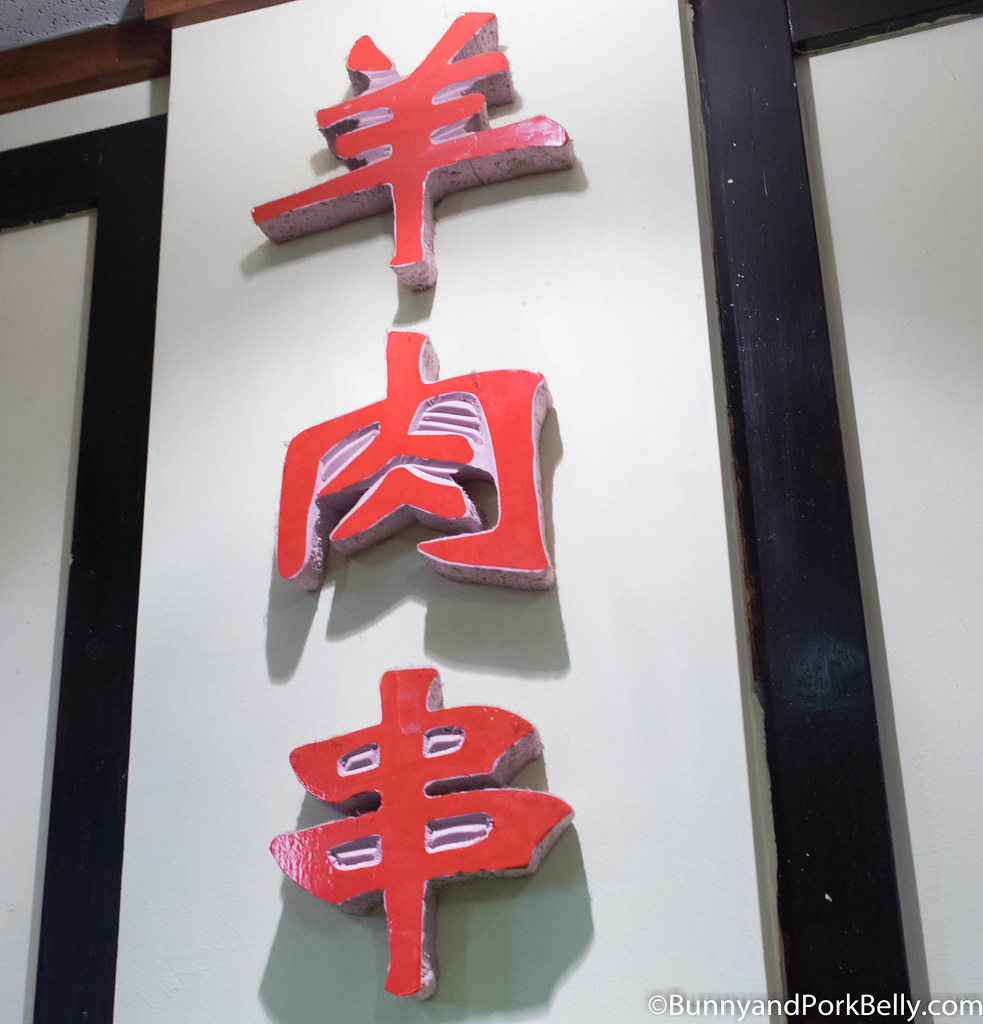 It wasn’t too packed on a Monday night 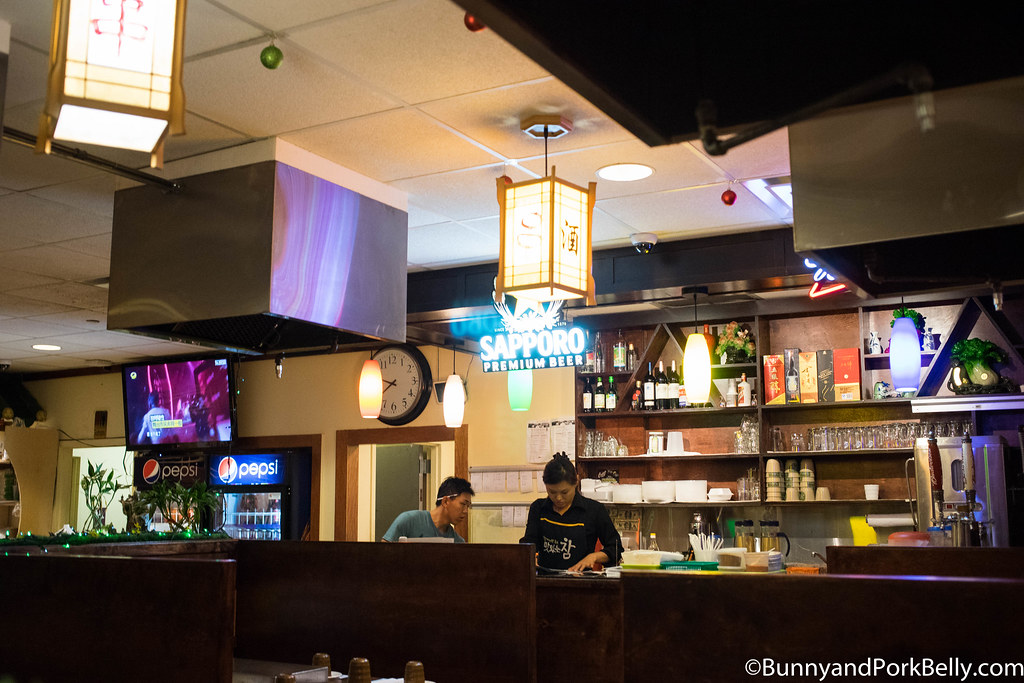 Menu in Chinese/Korean. Just like LA they had Bull Penis, but my friends were too chicken to try it. We had it in LA 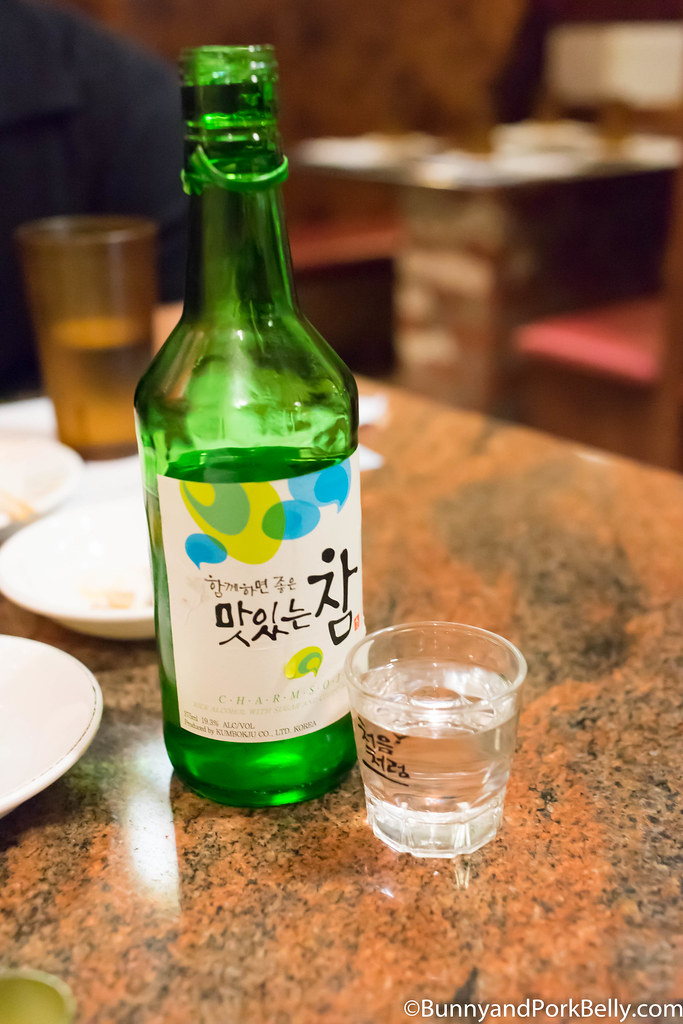 Since we ordered a ton of food, they gave us this complimentary. I don’t know what it is called, is has a lot of picked veggies on top, with tripe at the bottom, it was on the sour side. It went well with the meat. 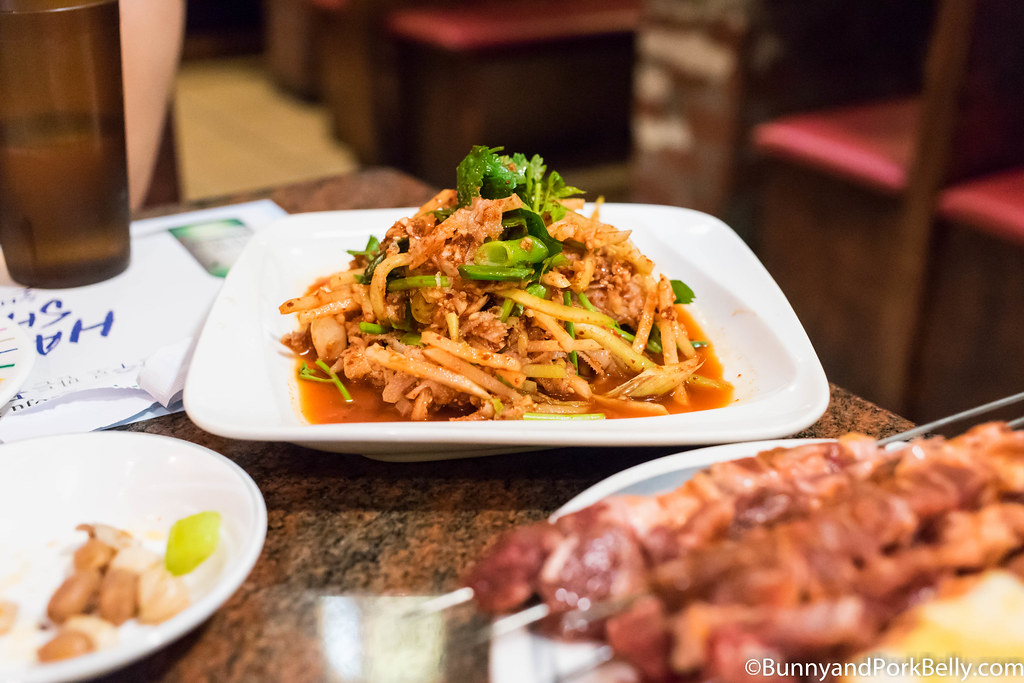 Some of our Meat selection. We got Chicken Hearts, Tofu, Chicken Gizzards, Lamb…….. 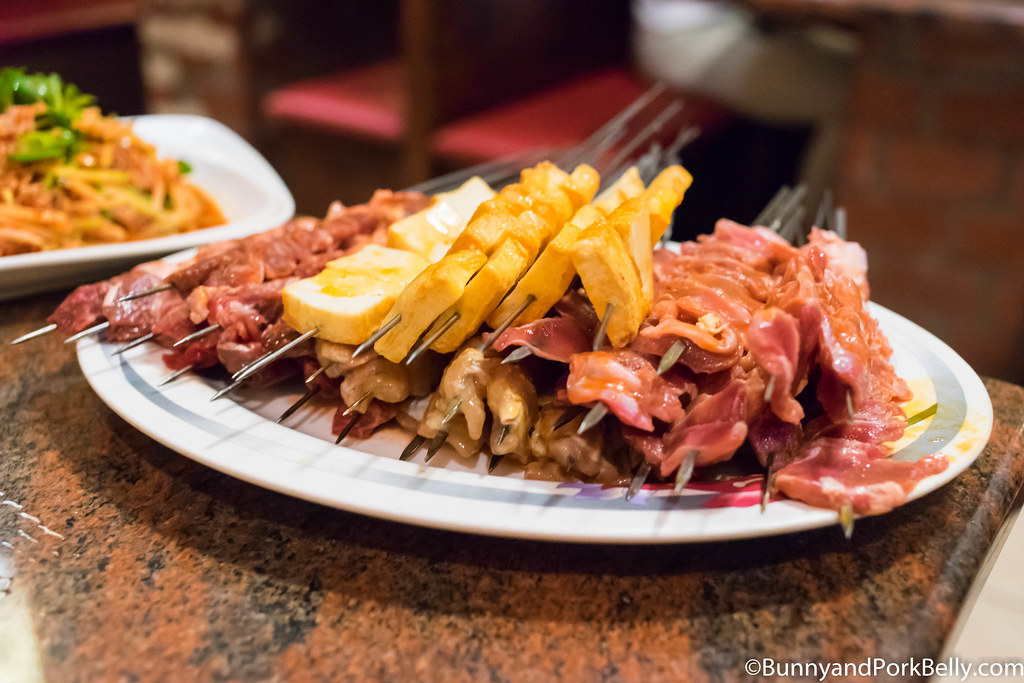 Some spices for our Skewers. From the left to Right, MSG, Salt, Pepper, and Cumin. 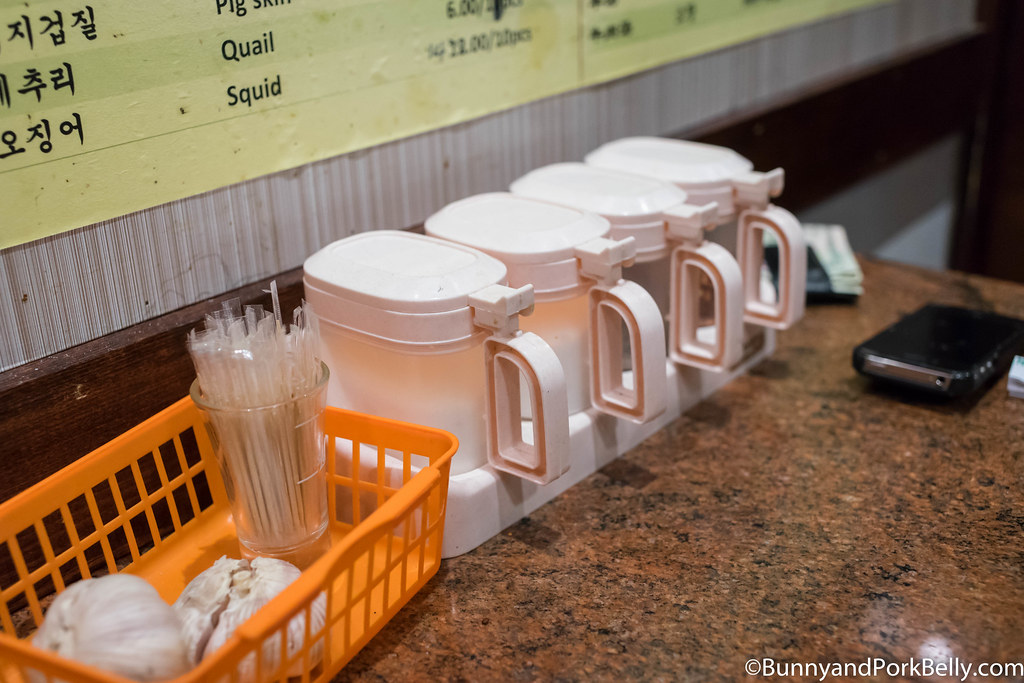 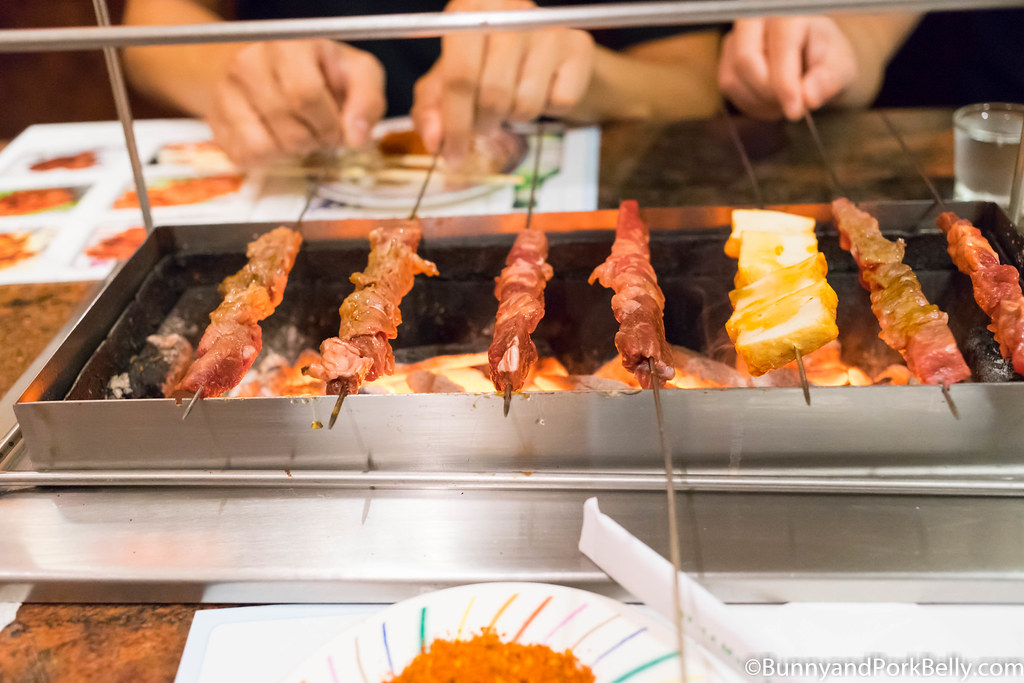 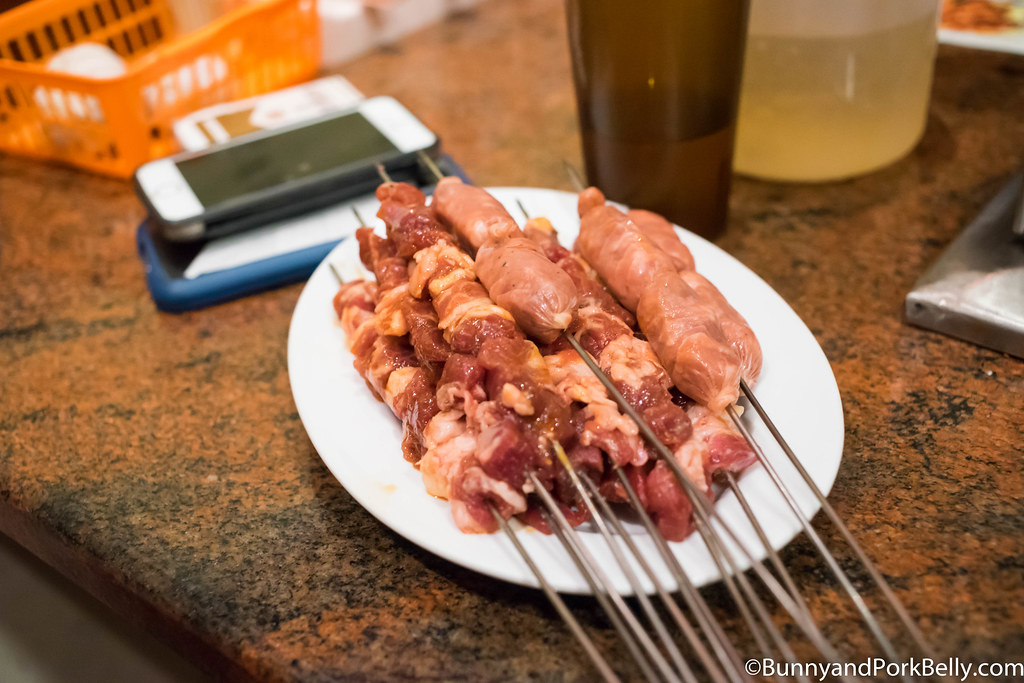 It didn’t last for too long 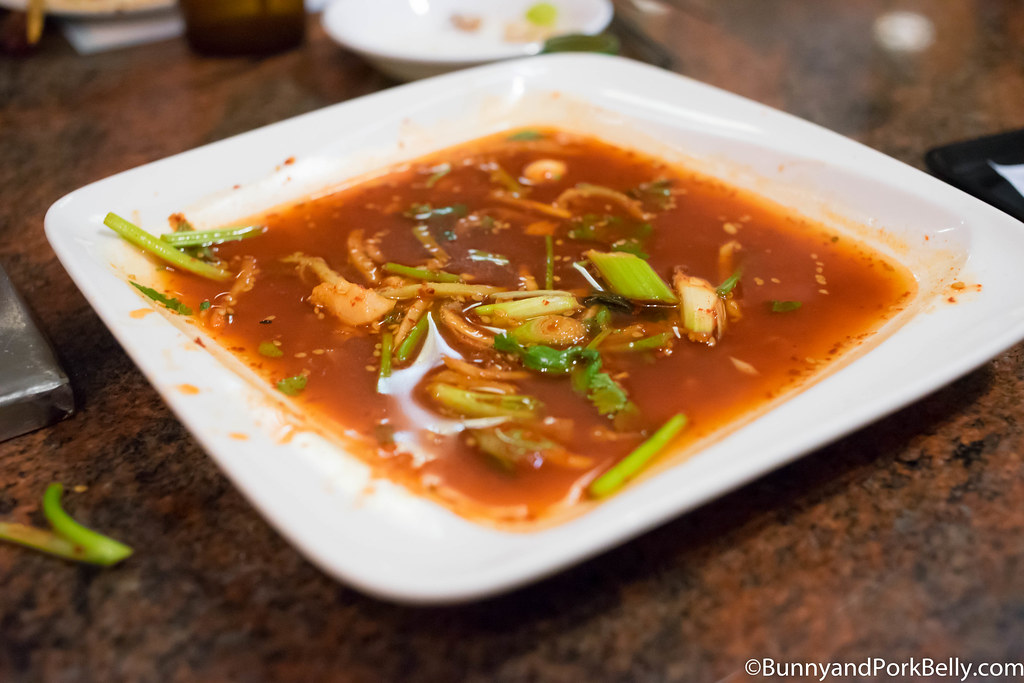 After Dinner we went to Quickly Cafe for Boba. One of our friends is Taiwanese, he said they have this store there. 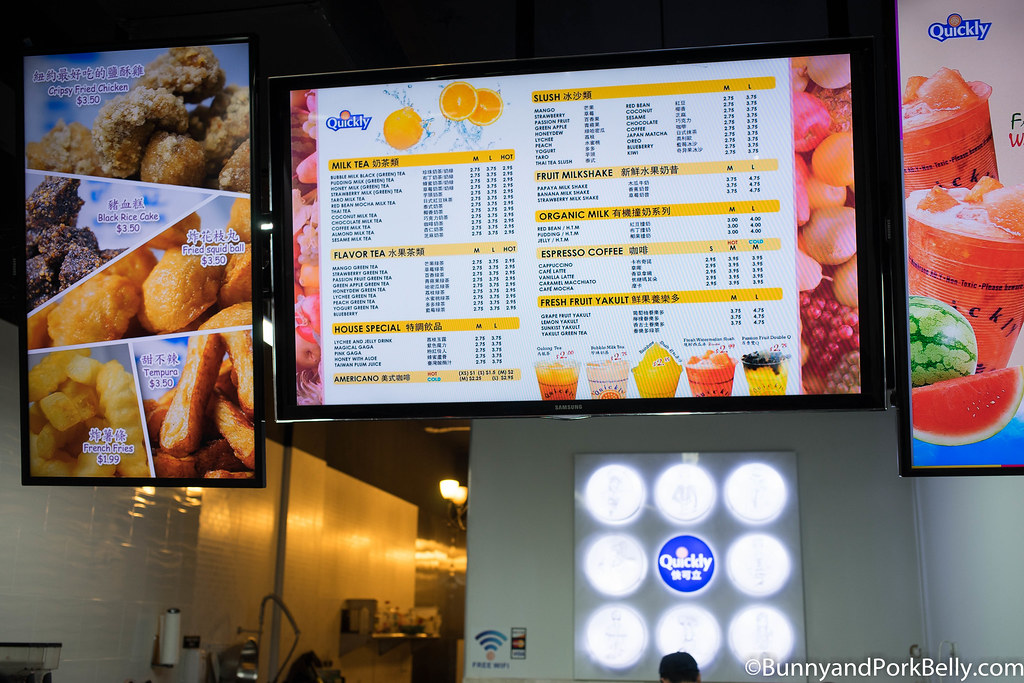 I always try to practice my Chinese in Flushing 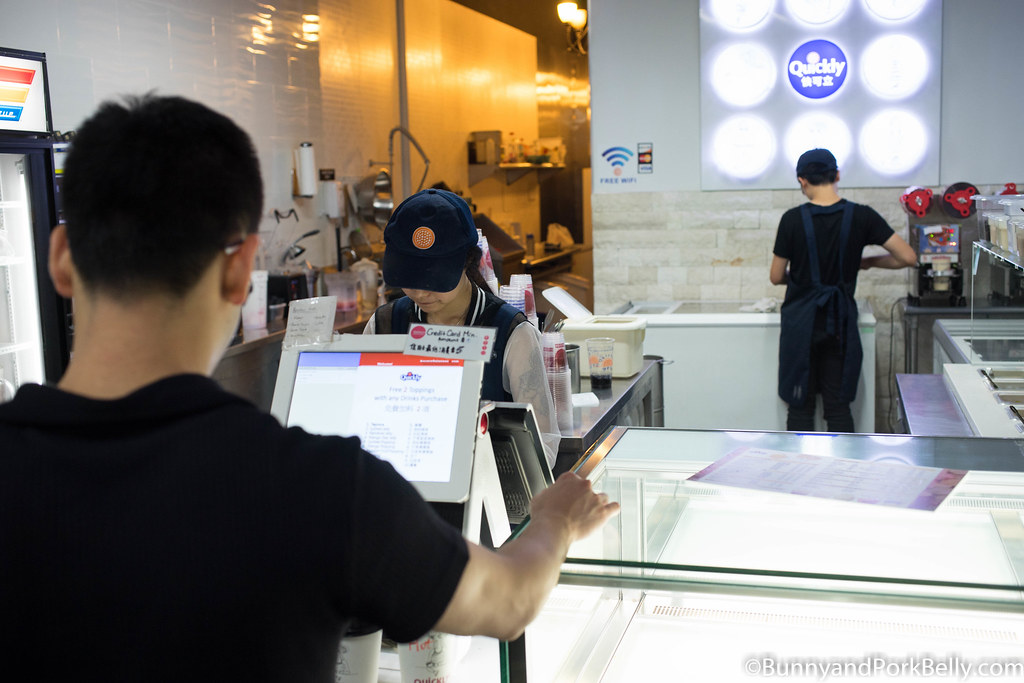 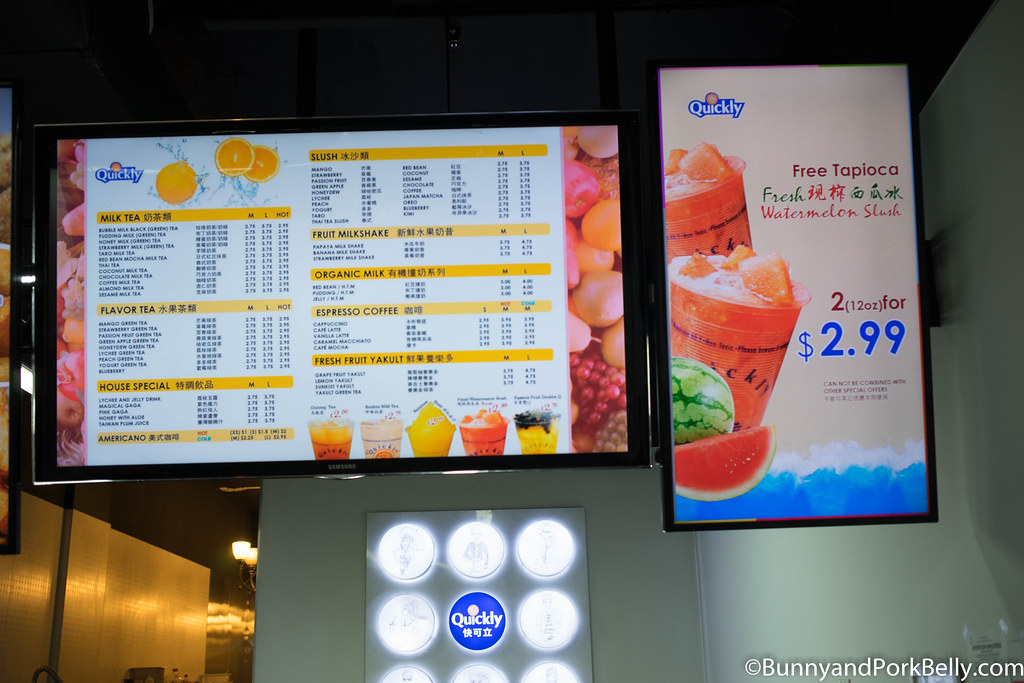 I went with the normal bubble tea 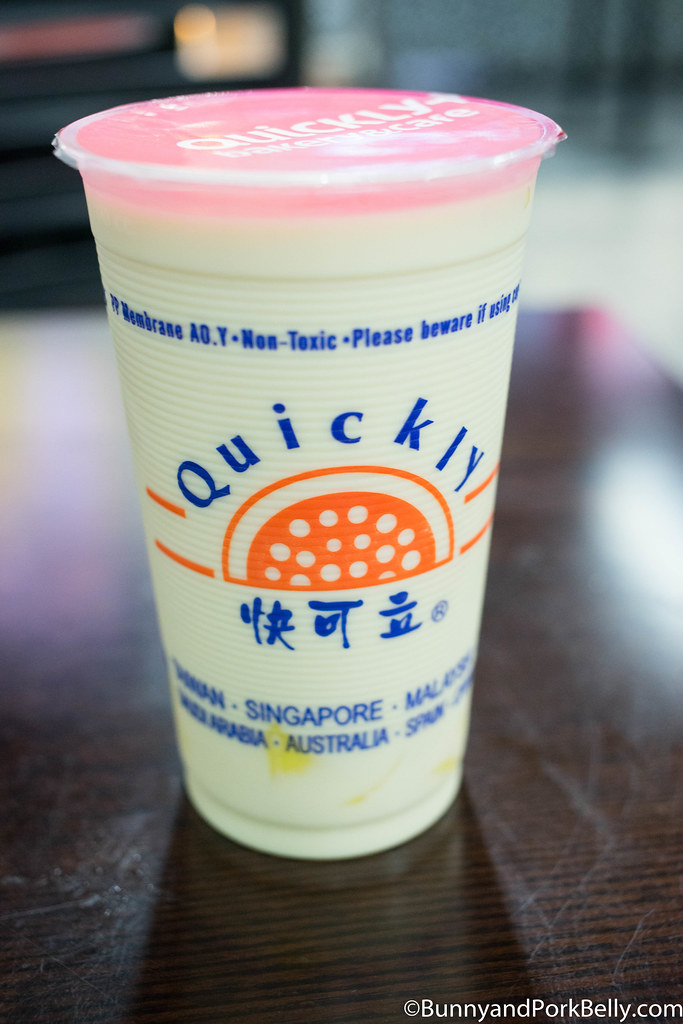 2 Free toppings with a Drink! 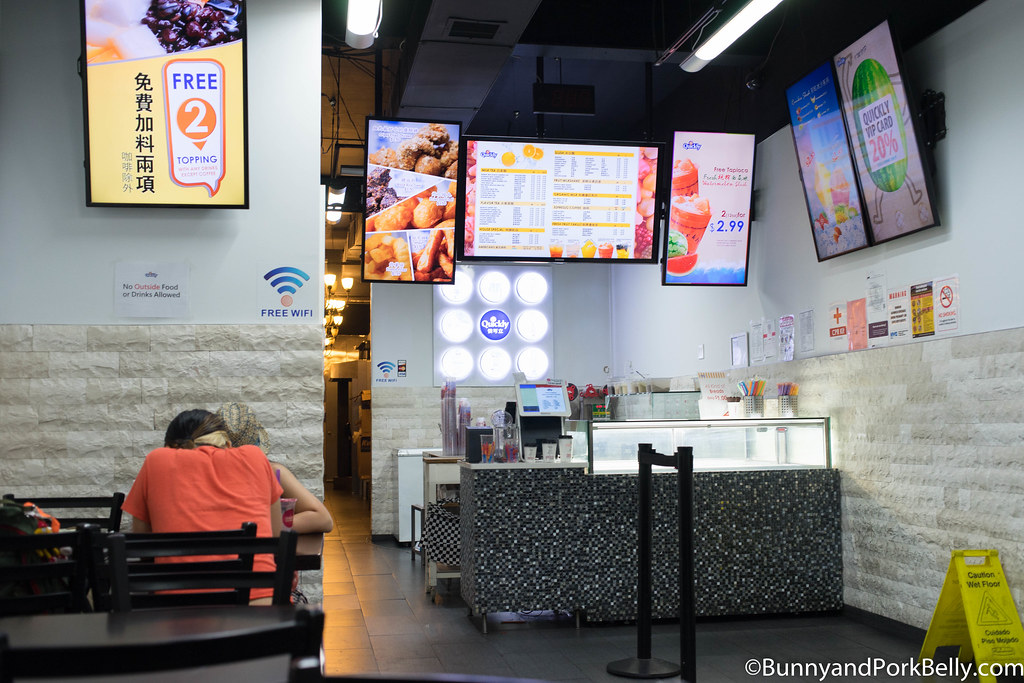 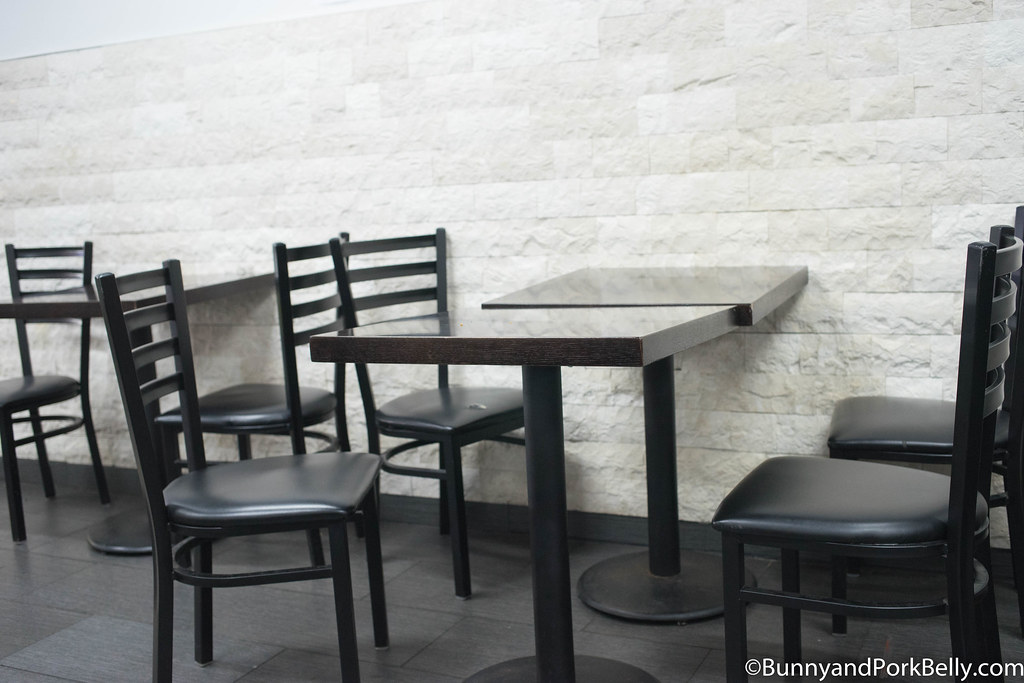 This didn’t last long either 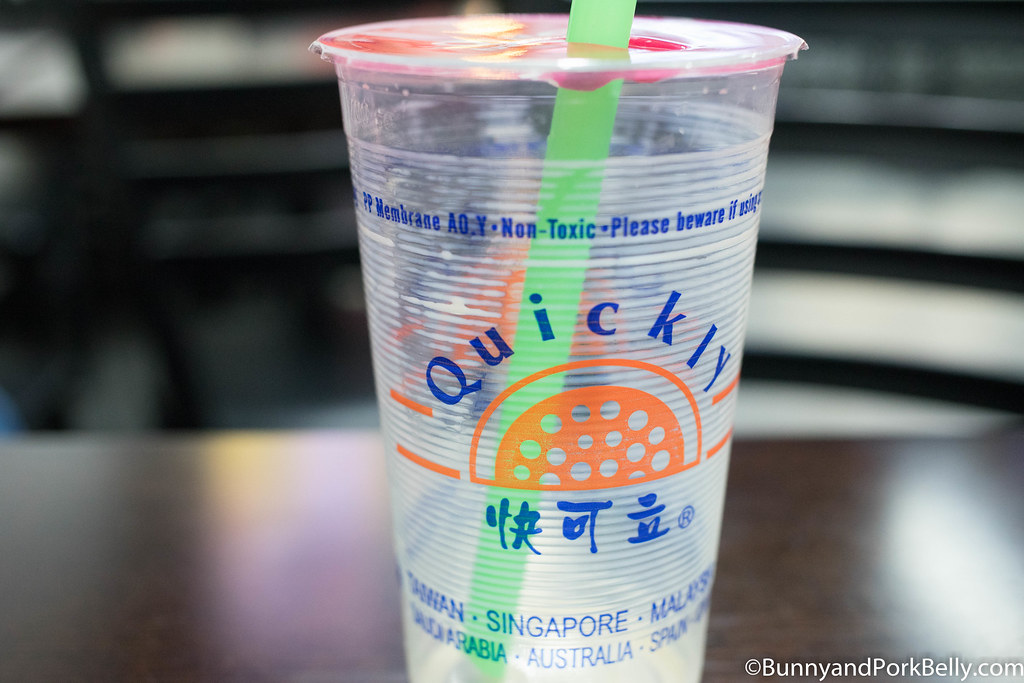 At this point, I was beyond full. I had work the next day, so I jumped on the LIRR back to Penn Station. 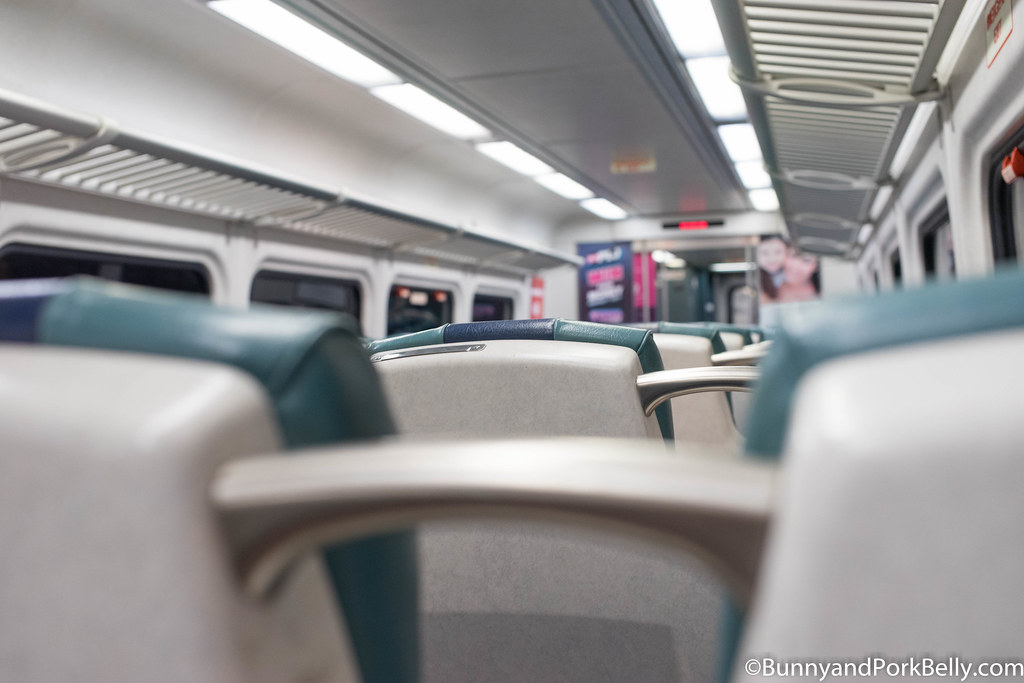 My opinion, The Feng Mao in Flushing was not as good as the one in LA. The one in LA had better meat, or maybe because we drank some before we ate at the LA location…. The service at the LA location was definitely busier, but then again we went to the LA location later at night….. The Flushing Feng Mao is open 24/7. I would definitely give it a consideration if I am ever driving through NYC late at night and want something to eat. I like this place better than Dong Fang Chuan Dian in New Jersey. If you just want lamb skewers they are plenty of late night skewer carts in the area.